Why are hybrid cars good for the environment?

It is a high time that people should start thinking about the environment and different ways to save it.

But more and more it is getting essential to have a greener and cleaner environment, more destruction is caused to the environment. There are several factors that are affecting the environment. Vehicles play one of the significant roles in this. They emit some harmful pollutant as well as waste like carbon dioxide, carbon monoxide and nitrogen gas. Even these vehicles run on gas which is one of the most important and rare non-renewable resources. Thus, for a change hybrid cars are more efficient in controlling against environment pollution. Read on to get more information on hybrid cars 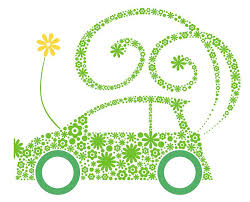 The automobile industry is setting some strict environmental regulation in order to reduce these harmful emissions and keep the environment cleaner. The great thing is that the companies have responded to this regulation in a very positive way by introducing hybrid cars. These are more efficient cars with a strong impact on the safety of the environment. Hybrid cars have both electric motor and a gasoline-powered engine. In much of the time, the hybrid cars run on the gasoline powered engine, but there are times when the electric motor is also used.

What Are The Environmental Benefits?

There are many essential benefits of the hybrid cars on the environment. Some of the benefits are:

Less Harmful emission of gas: As said earlier global warming has become a huge concern and one of the reasons for this global warming is the gas emitted from the cars. Harmful gases like carbon monoxide can cause a lot of damage to the environment. Thus, the hybrid cars are the best. As they use electric motor more often, they burn less fuel. This results into less emission of harmful gases.

Reduction of toxins and pollutants: The main issue of the environment is the growing pollution level due to the toxins and pollutants released by the car. If you have read the information on hybrid cars you will know that it doesn’t release many pollutants in the air. It doesn’t release as much toxins and harmful pollutants as the other gasoline powered cars do. Normal conventional cars require a change of oil after 3000 miles but for the hybrid cars, there is no need to change the oil before 5000 or 6000 miles.

Thus, there is a significant role of hybrid cars in reducing harmful toxins and pollutants. You need to make sure that you have all the information on hybrid cars before buy yours. This is the best and the most efficient way to reduce global warming.